Thanks all the gods and goddesses, it FINALLY stopped raining. So I celebrated the warmth and sunshine by ….. going underground. Ruby Falls is a limestone cave near Chattanooga that has one of the tallest subterranean waterfalls in the US.

Lookout Mountain has a series of natural caverns in its interior. In 1905, blasting during construction of a railroad tunnel sealed off the opening to one of these large caverns. Twenty years later, a spelunker named Leo Lambert, who had explored the cave when he was younger, bought the property and sunk an elevator down through the limestone to reach the cave, allowing public access. The entire cavern was carved out by a subterranean stream that plunges almost 150 feet from a small entrance hole into a pool below. Lambert named it “Ruby Falls” after his wife. Today it is a major tourist attraction in Nooga. 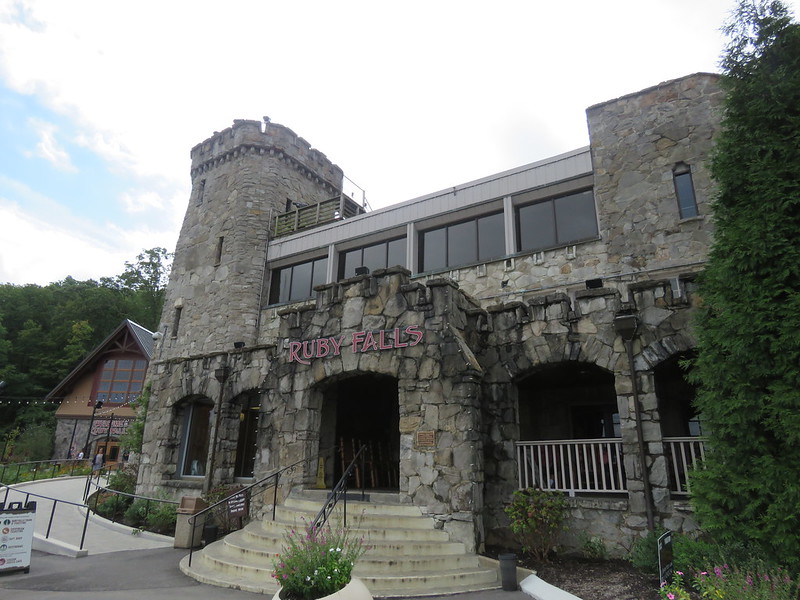 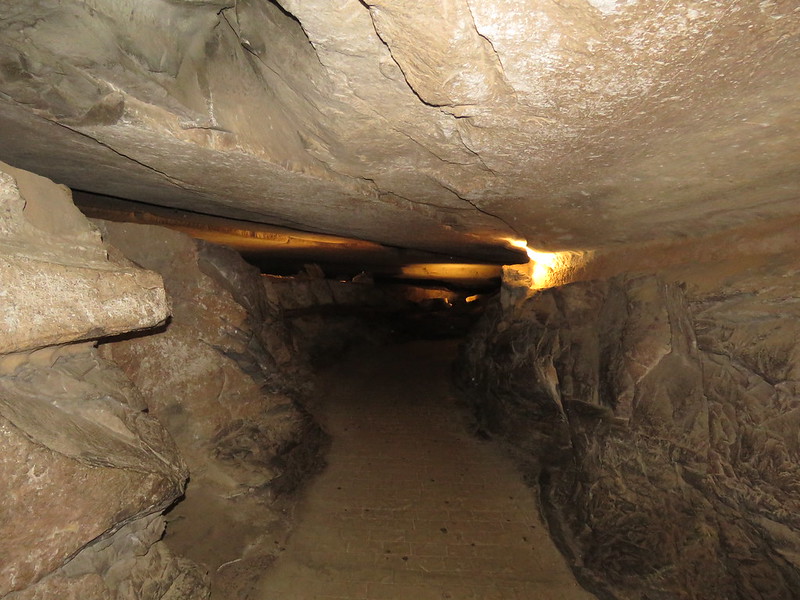 Inside the cave. Some areas are not geologically active and are just plain limestone. 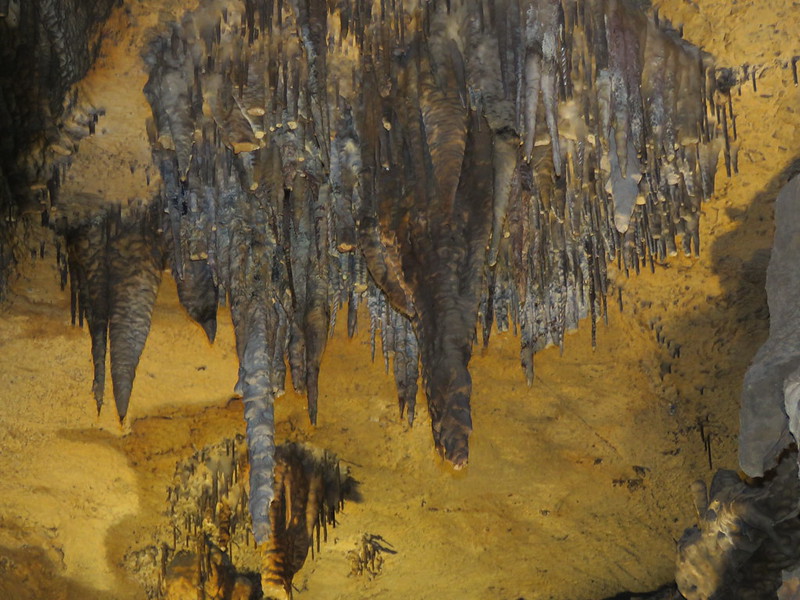 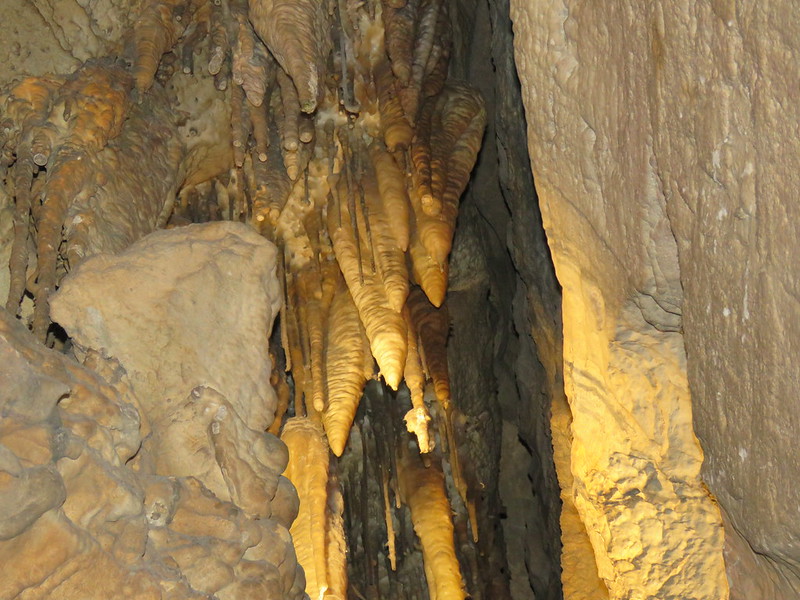 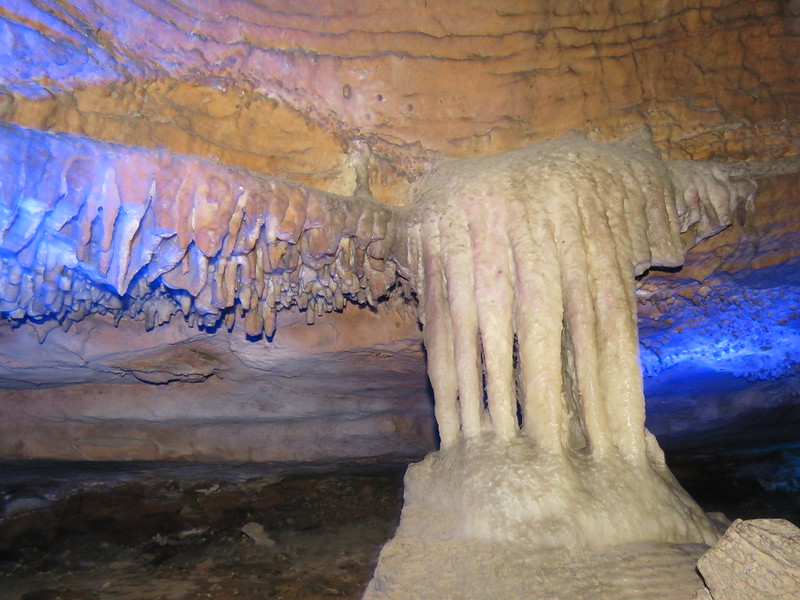 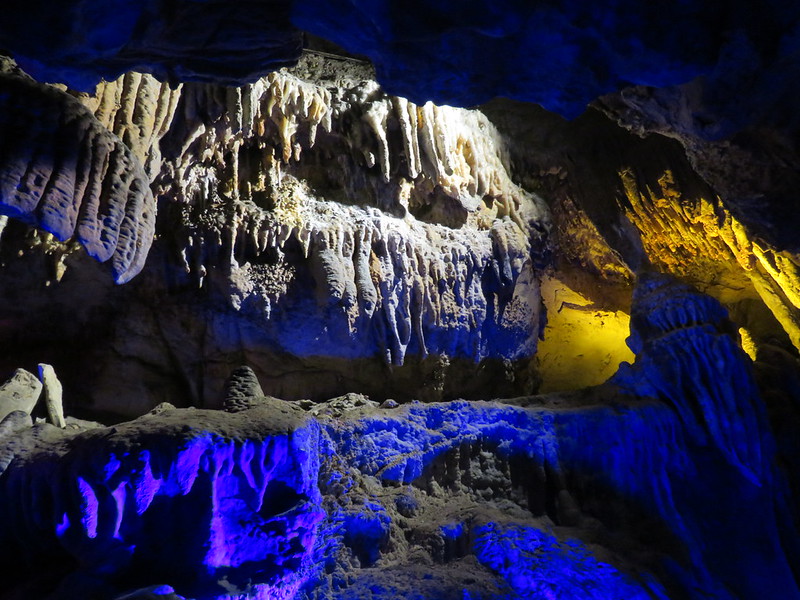 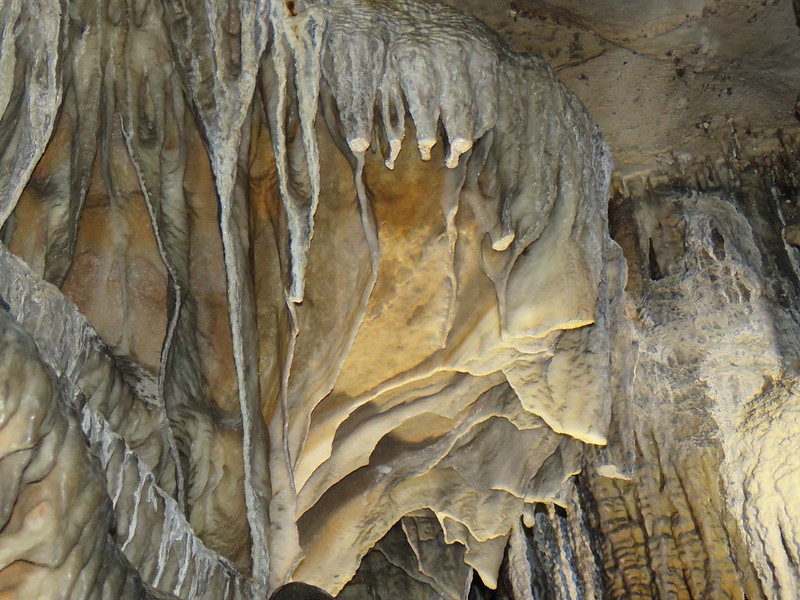 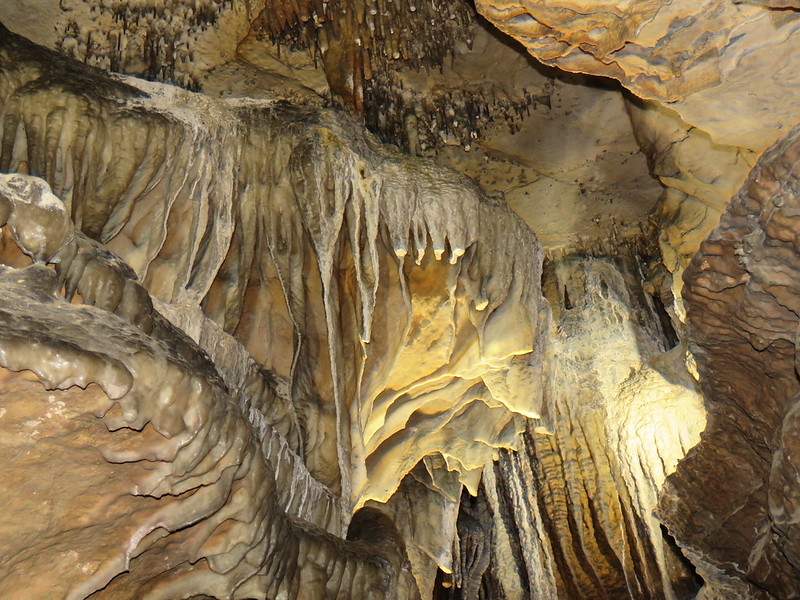 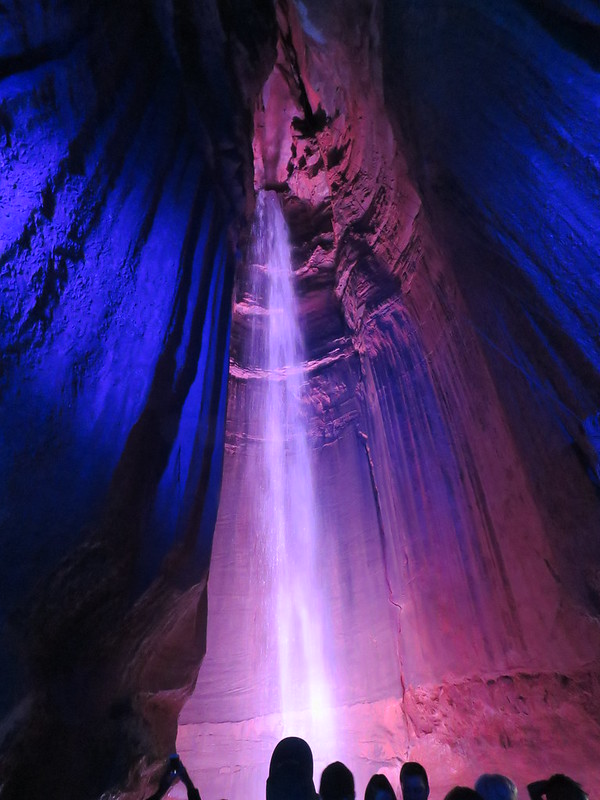 The falls. Since it has been raining here all week, there’s lot of water working its way underground, and the falls was running very heavy.