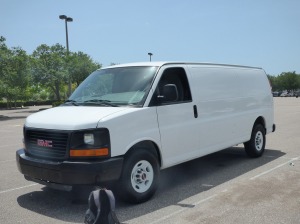 Upon assuming command of the Army of Virginia after the Battle of Seven Pines, General Robert E Lee knew that he was in trouble. The huge Union army under General George McClelland was only days away from besieging the Confederate capitol at Richmond, and was already preparing to move up their cannons to pound the … END_OF_DOCUMENT_TOKEN_TO_BE_REPLACED

By April 1862, a year after Bull Run, General George McClellan finally decided that his Army of the Potomac was once again ready for combat, and laid out a plan to advance towards Richmond, hoping to end the war. But the “Peninsula Campaign” did not go as planned: McClellan now outnumbered the Confederates under General … END_OF_DOCUMENT_TOKEN_TO_BE_REPLACED

In the spring of 1864, the Confederates had taken a considerable pounding during the fighting at the Wilderness and Spotsylvania, and were now, General Grant thought, on the verge of collapse. “Lee’s army,” he confidently told President Lincoln, “is really whipped.” The battle at Cold Harbor would prove him wrong. After Spotsylvania, Grant’s army resumed … END_OF_DOCUMENT_TOKEN_TO_BE_REPLACED

Found this in the mud on one of the battlefields a couple days ago: I didn’t think there were Armadillos this far north. But that footprint is unmistakable–it’s definitely an Armadillo.

By the time Atlanta surrendered to the Federals, the armies of General Ulysses S Grant and Robert E Lee had been locked in a bloody stalemate at Petersburg for over a month. Grant knew that it was just a matter of time before the Confederate army, worn out from lack of supplies and reinforcements, would … END_OF_DOCUMENT_TOKEN_TO_BE_REPLACED

The heavy loss at Cold Harbor had tarnished Grant’s reputation, reduced Union morale, and given a much-needed boost of hope to the Confederates, but in the end its military effect was minimal. The Federals, with their far larger army and virtually unlimited ability to supply and reinforce them, simply pulled away from Lee’s army and … END_OF_DOCUMENT_TOKEN_TO_BE_REPLACED

The Electronic Nomad
Create a free website or blog at WordPress.com.