A few weeks ago I was at the Westport Battlefield in Kansas City. Mine Creek is the sequel.

After the Confederate army under Gen Sterling Price was surrounded and barely escaped at Westport, he cross the border over into Kansas, intending to capture as many supplies as he could and destroy the infrastructure in pro-Union areas.  Most important, he wanted to get his 500-wagon train to safety, since the captured plunder and supplies they carried were the only things that made his raid worth the while.

That meant he had to cross Mine Creek at a particular place, a ford with a rocky streambed that could support his heavy wagons. He reached it on October 25, 1864, hotly pursued by Union cavalry who had followed him from Westport.

About a third of Price’s forces made it across the Creek. But the ford couldn’t handle the number or weight of his wagons, and they bogged down at the crossing. Just then, the Union Cavalry force appeared on the horizon. The Confederate units that hadn’t yet crossed Mine Creek had no choice but to turn and fight.

It lasted only half an hour. The Confederates were routed: they lost 1200 troops and two Generals. The Federals lost only 100 men. Price was forced to burn his entire wagon train to lighten his load and allow the surviving cavalry to escape into Oklahoma.

Today the battlefield is run by the Kansas Historical Society and is preserved in pretty much the same condition it was in at the time of the fighting. 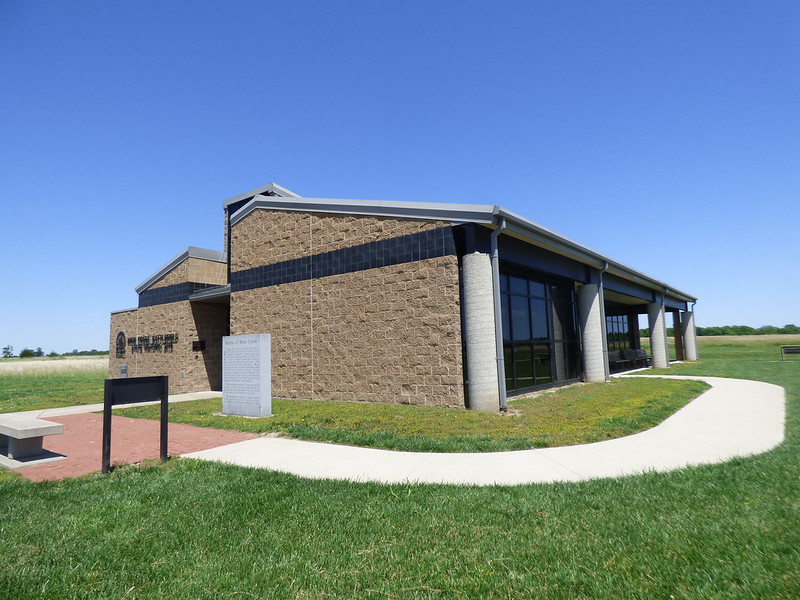 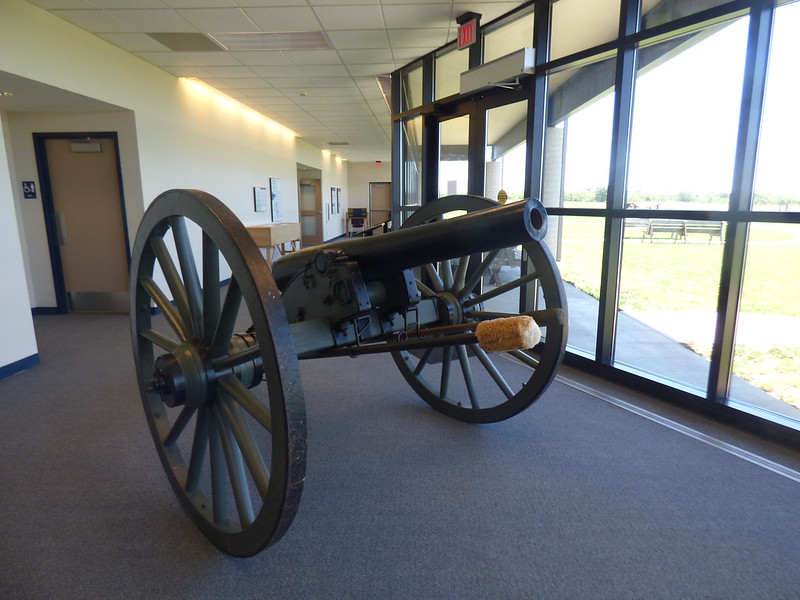 A cannon on display 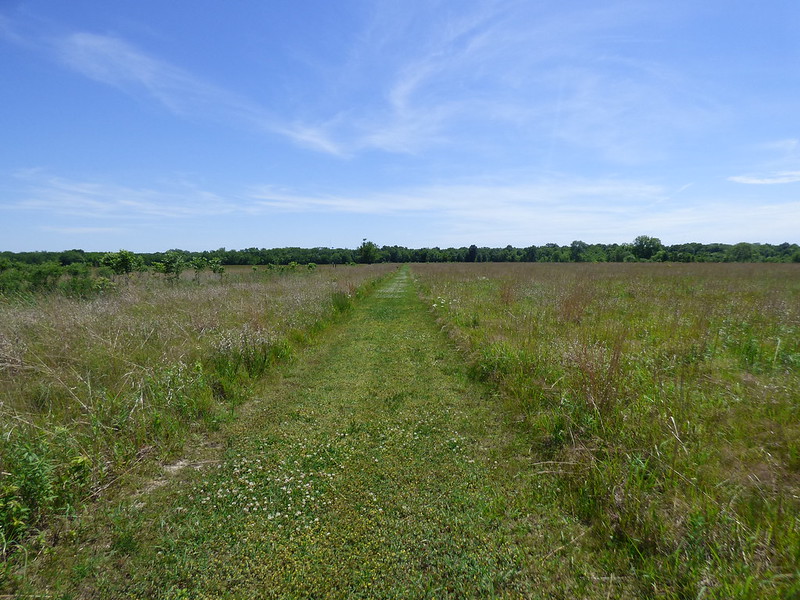 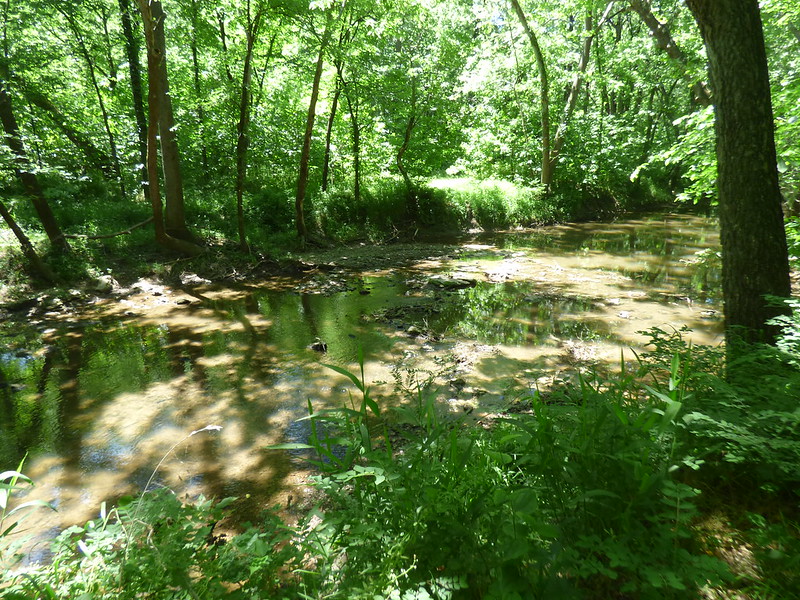 The ford at Mine Creek 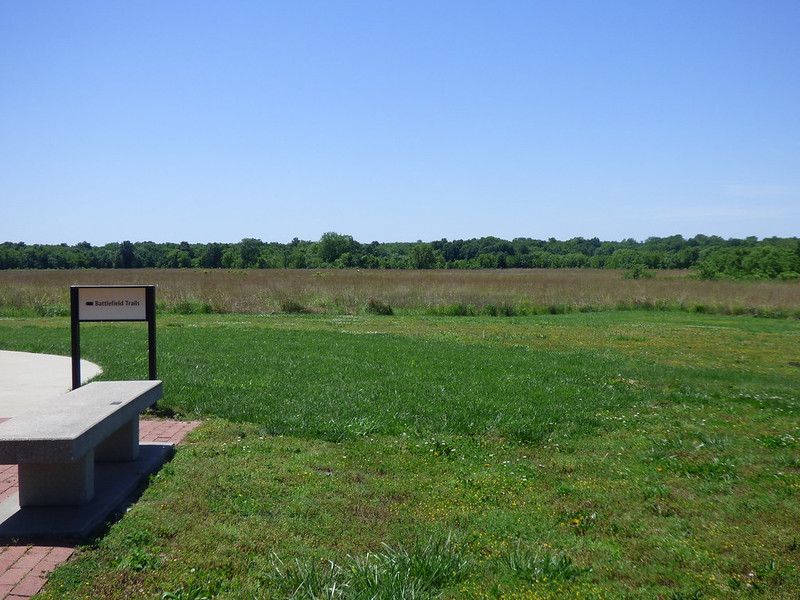 The Union cavalry formed up here, where the Visitor Center is today. The Confederates were near the trees along the creek. 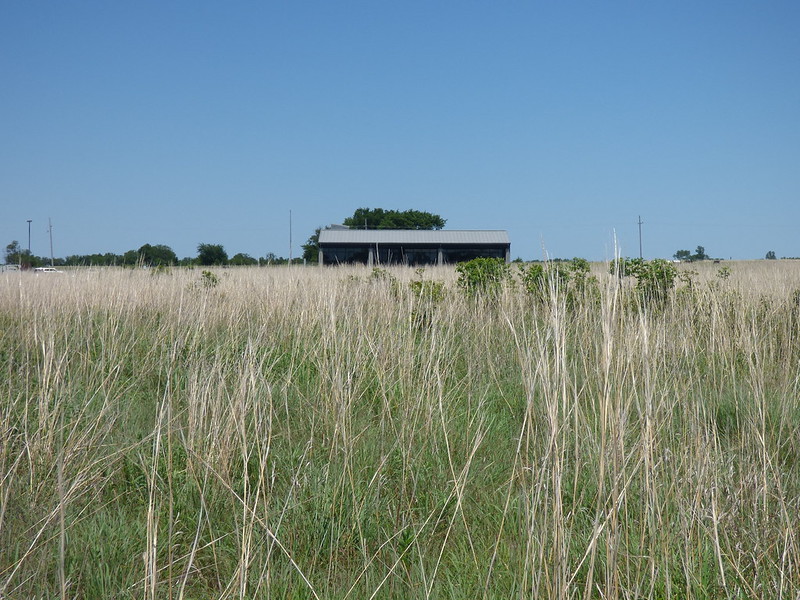 Looking up the hill from the Confederate positions 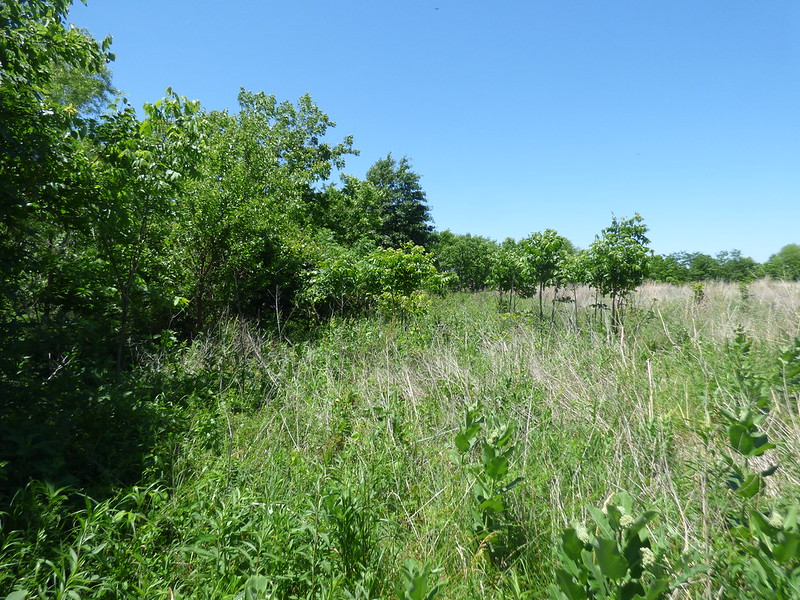 Most of the fighting took place in front of the creek 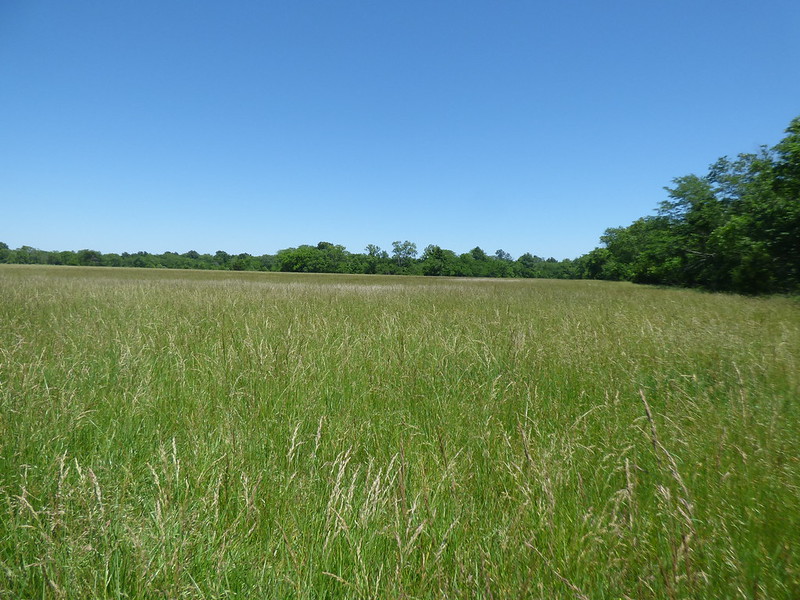 There was a makeshift hospital in a farmhouse near this spot. Both Union and Confederate wounded were brought here, but, under Missouri Militia policy, any Confederate who was found wearing pieces of Union uniform was summarily executed as a guerrilla. 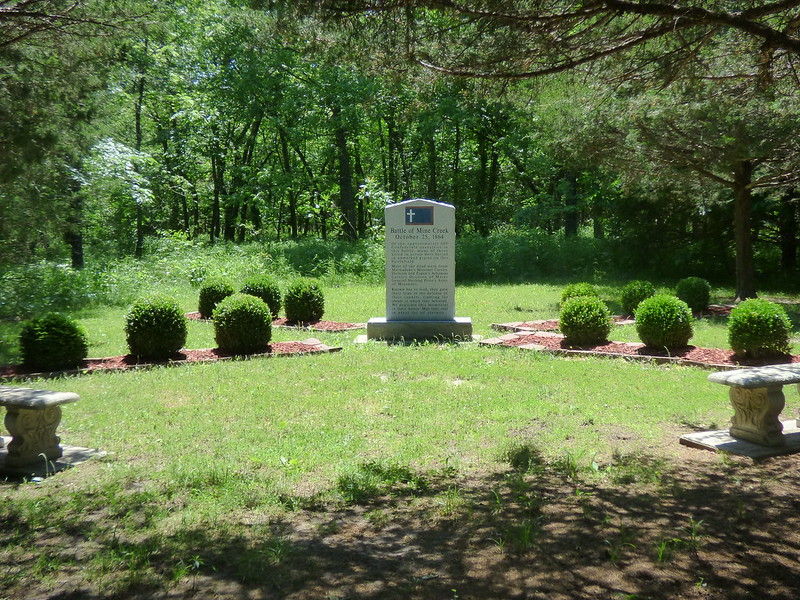 A memorial near the battlefield 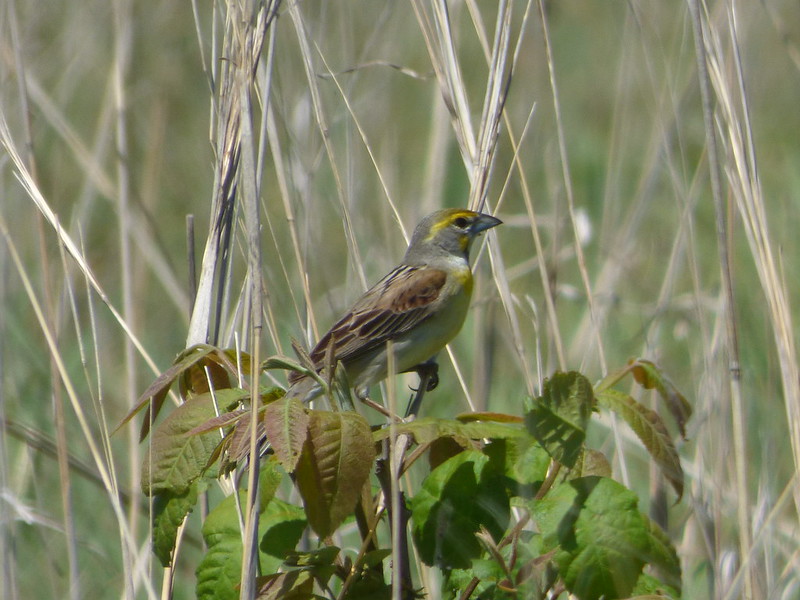 In addition to its historical significance, the park is a great place to see prairie wildlife 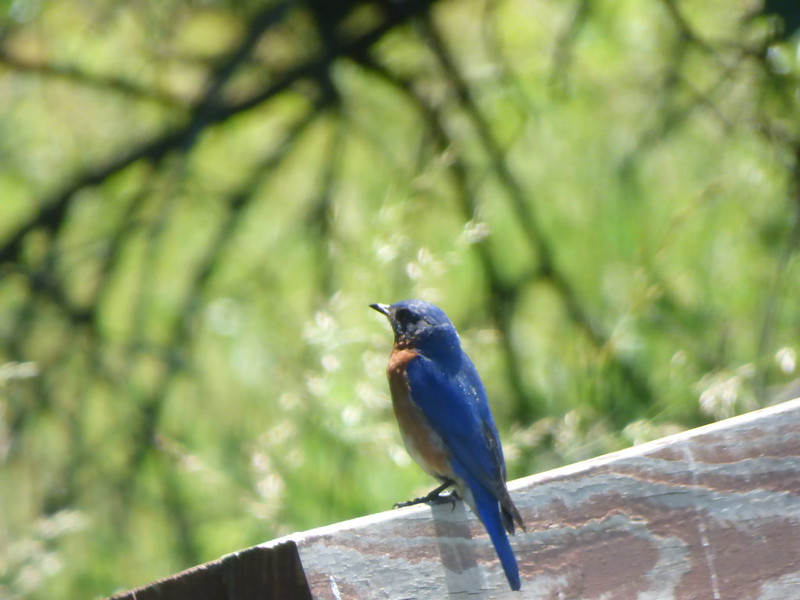 One thought on “Mine Creek Battlefield”