I’ve had mixed feelings about Sea World for a while now. In Florida, I visited Sea World Orlando many times, and also had a yearly pass to Busch Gardens (they were both owned by Annheuser-Busch). Back then, Annheuser-Busch considered the parks to be promotional expenses, and they were not intended or expected to turn a profit. Mostly, they were a rich man’s hobby—Adolph Busch liked plants and animals, and liked being able to run an educational zoo, aquarium, and marine animal rescue center.

Then a few years ago Annheuser-Busch was bought by the Belgian beer company InBev, and when InBev decided they did not want to be in the theme park business, they sold Busch Gardens and Sea World off. It was bought by a Wall Street investment firm called Blackstone, and unlike A-B they did NOT run it as a nonprofit. The visible effects were immediate—the ticket prices shot up, and the focus moved from animal programs to new rides.

I’ve not been to Sea World Orlando for a while now, but my visit to Sea World San Antonio tells me that the effort is failing. The Sea World here was closed entirely for much of December, and it now doesn’t open till 1 in the afternoon (something I never saw Busch Gardens or Sea World Orlando do while I was there). Companies don’t do that unless they are hurting for money. I don’t know if this is solely in Texas, or if Blackstone is bleeding money in all its other parks too.

I have always liked Sea World, and have always welcomed its extensive marine mammal rescue programs and the educational and environmental messages that it aimed at kids. But, sadly, it appears that under Blackstone that message is changing……..

Anyway, I had a good time at Sea World San Antonio. So here are some photos. 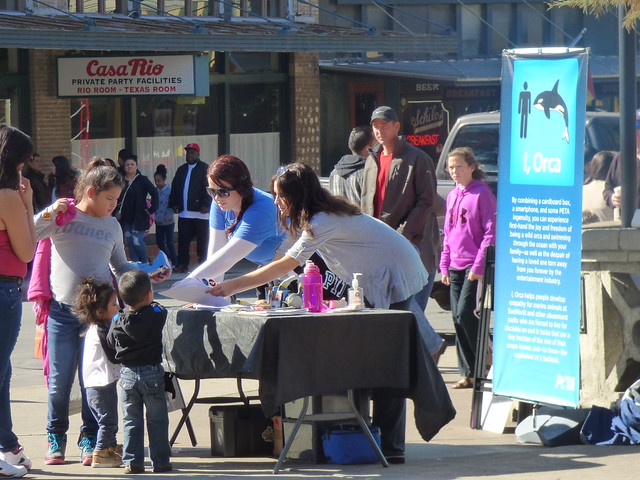 PETA protesters in downtown San Antonio. Sea World was the target of “Blackfish”, which is a propaganda film (or, more politely, a piece of “advocacy journalism”). Much of PETA’s criticism is simply wrong, but there is a legitimate debate to be had about whether large social intelligent animals like orcas or elephants or great apes should be kept in captivity. 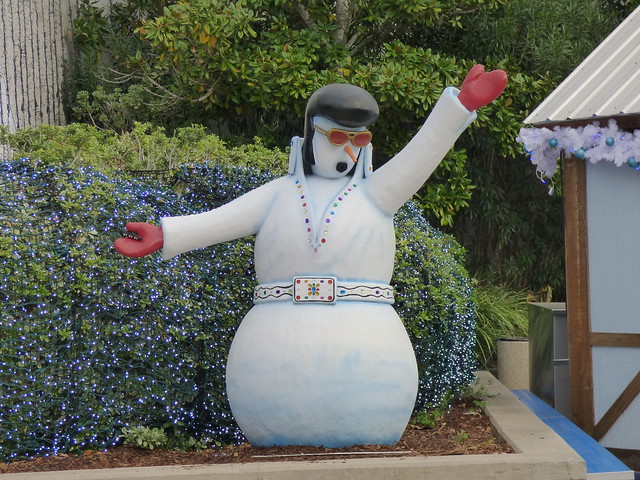 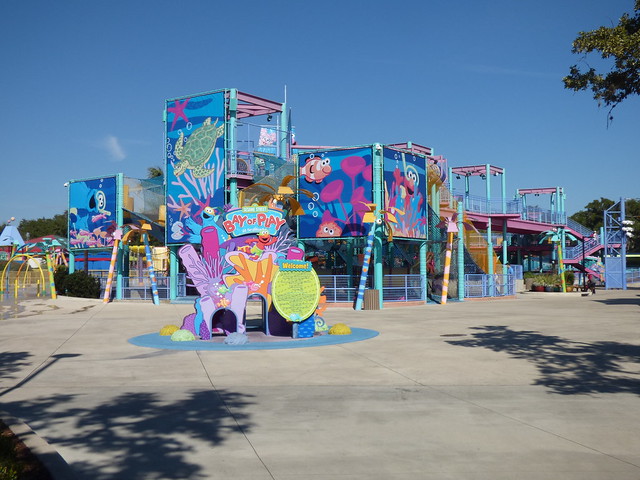 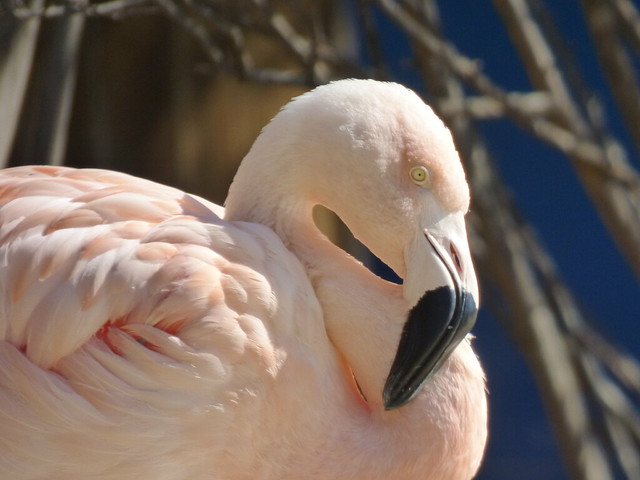 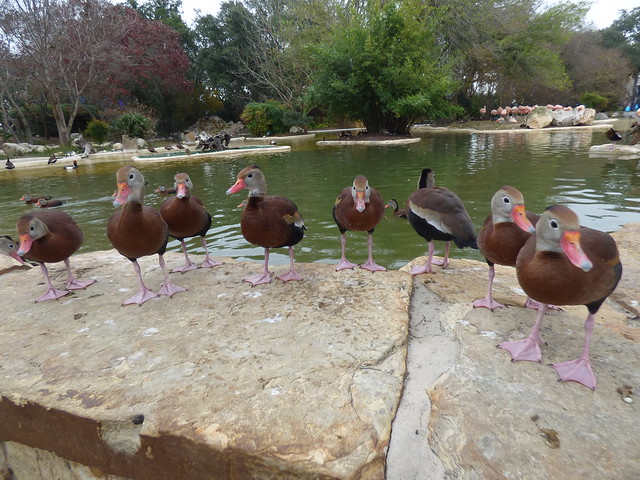 Carry a handful of duck food around, and you attract a lot of interest 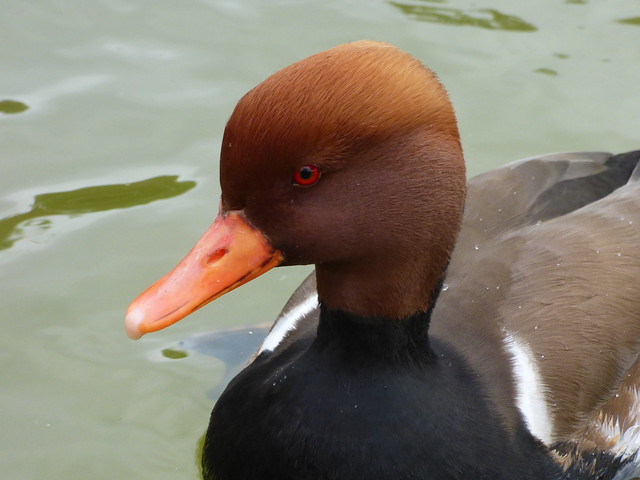 This fellow is lovely, but he wasn’t all that careful about avoiding fingers when given food 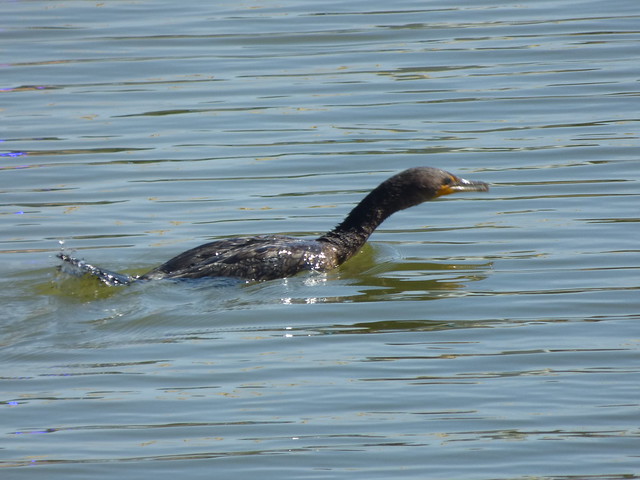 A Cormorant hunting on one of the ponds 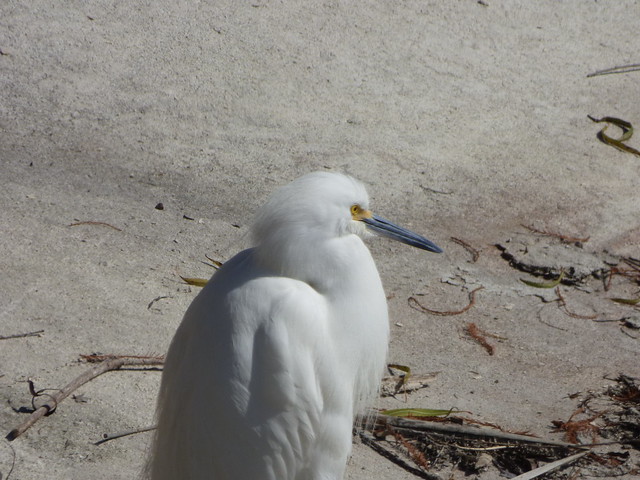 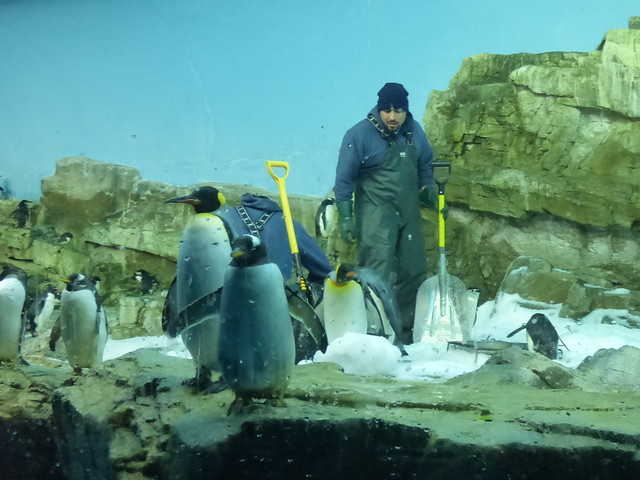 Keepers inside with the penguins 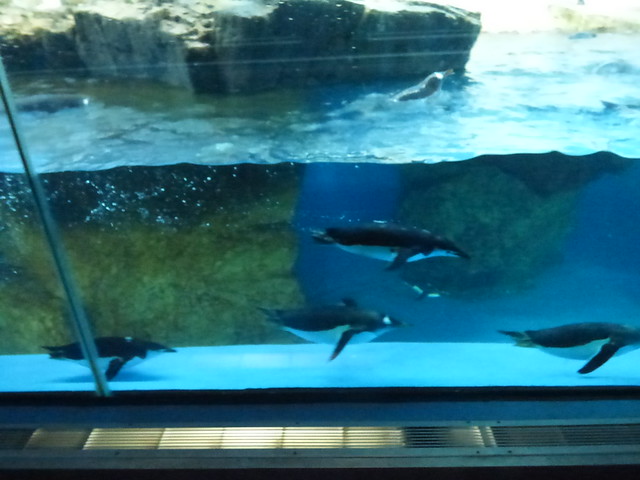 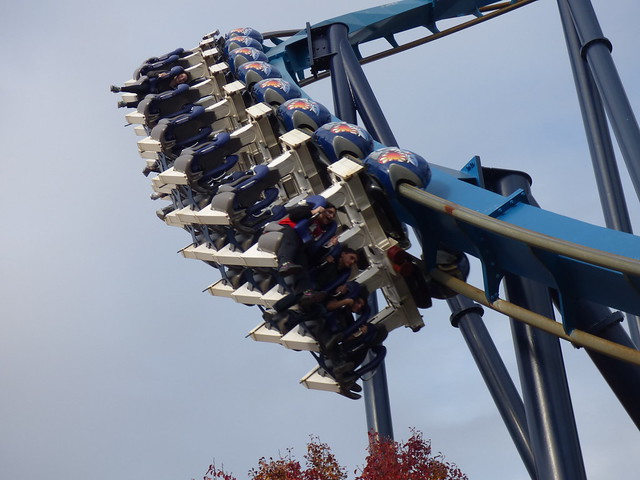 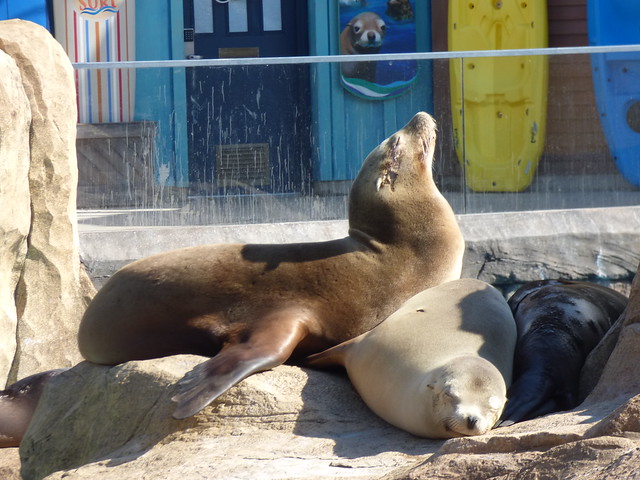 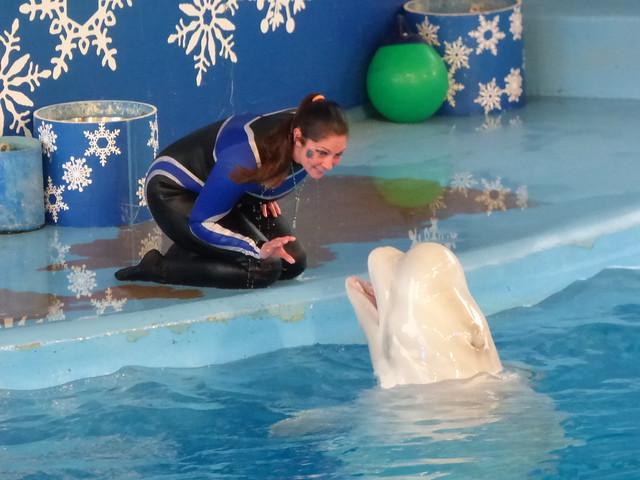 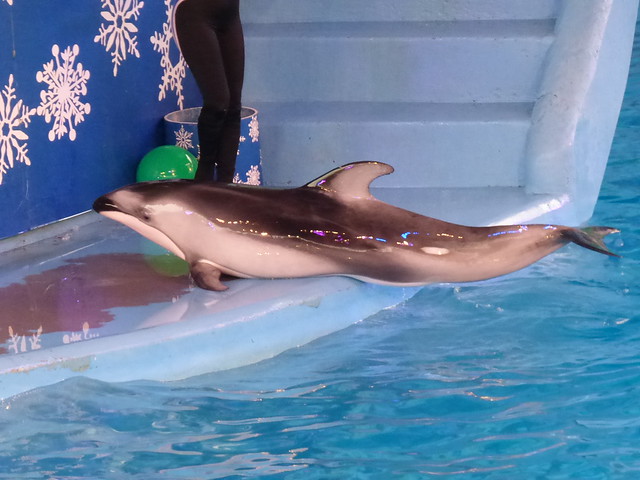 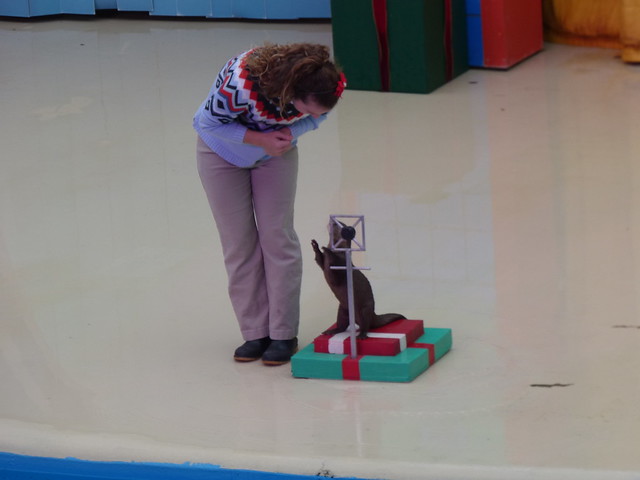 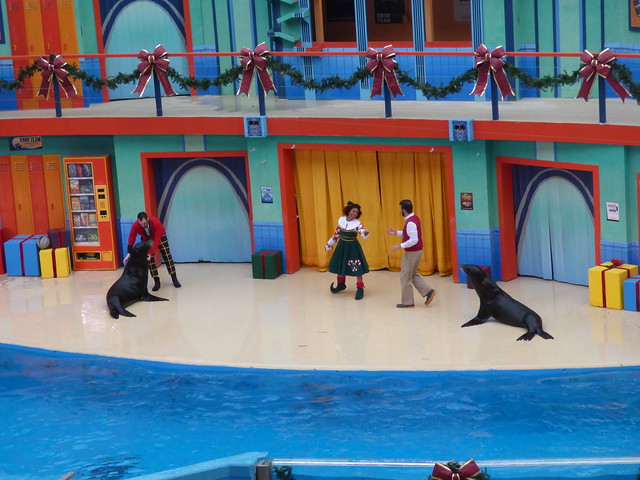 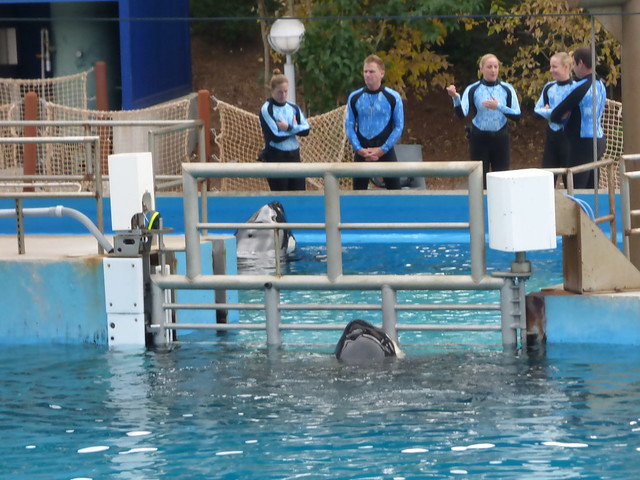 The backstage area at Shamu Stadium 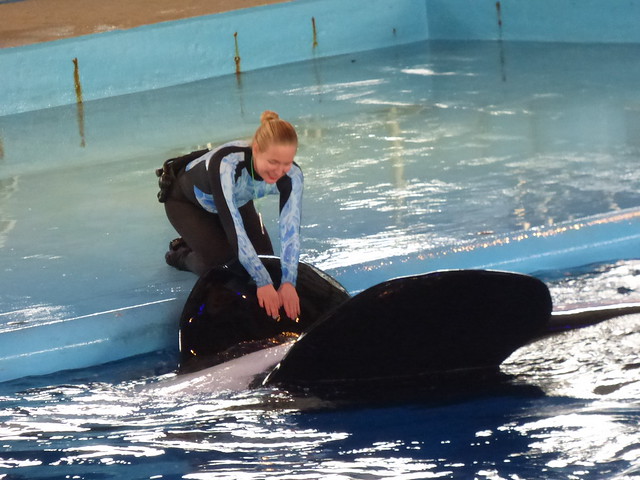 An Orca getting some lovin’ 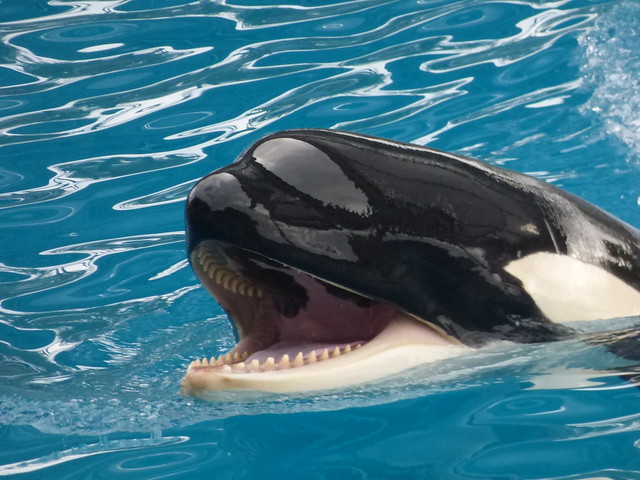 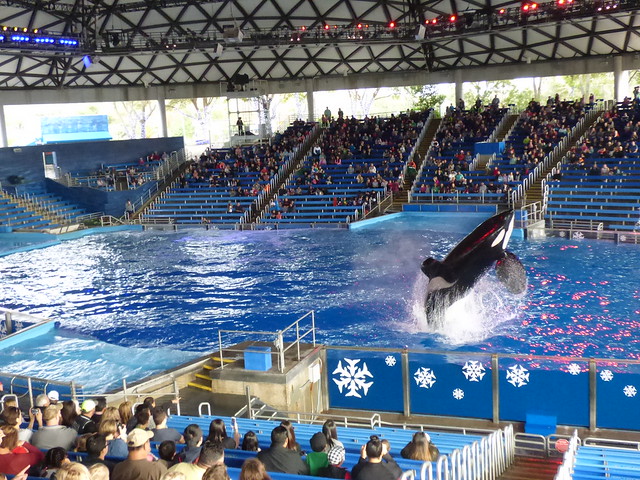 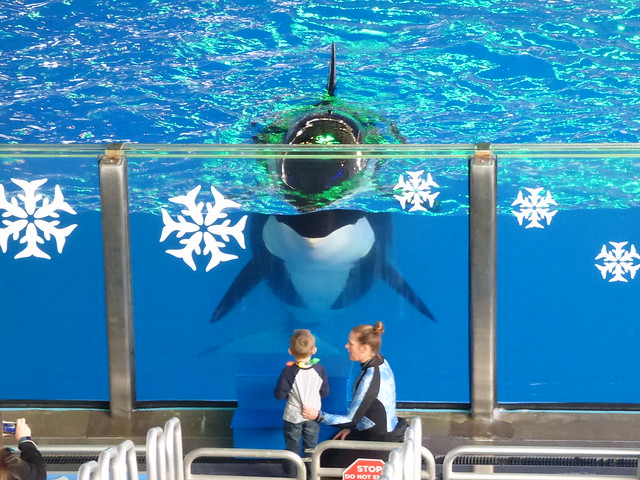 A future environmentalist is born