Most tourists of course begin their stay in San Antonio with a visit to the Alamo, which is probably the most famous building in Texas. But I decided to start with the Mission San Jose, located just a few blocks away from the Walmart where I am camped, because it is much more complete and better preserved than the Alamo compound, and it gives a good sense of the area’s history before the Texas Republic’s rebellion against Mexico. I’ll be heading to the Alamo tomorrow.

By the 1680’s, the Spanish dominions in Mexico were beginning to butt up against the French possessions in Louisiana, and friction developed. To protect their territory in Texas, the Spanish built a series of missions beginning in 1690, along the Neches and Angelina Rivers on the frontier with New France. These were part military and part missionary: each settlement contained a Franciscan church to convert all the local natives to Catholicism, and a small military garrison defended by a stone wall.

This area of Texas was not well-suited for colonization, however, and they failed one by one. To replace them, the Spanish established a new mission in 1718, called San Antonio de Valero, on the banks of the San Antonio River. (Decades later, it was this compound which would be occupied by Texan rebels and would become famous as “The Alamo”). Four more missions followed, called San Jose, Concepcion, San Juan, and Espada, and a five-mile stretch of road was built to connect them all.

The largest of the five missions was the central one, Mission San Jose. The church building was built in a romanesque style of architecture, with a tall stone wall surrounding a central plaza. In all, the compound enclosed about eight acres. A canal was dug to channel river water to the settlement, along with two wells inside the plaza. The interior walls were lined with apartments for Christianized Natives and Spanish soldiers, and the inerior contained a granary and a workshop for iron and woodworking. Outside the walls were fields of corn, beans, squash and sweet potato, as well as pastures for sheep, goats and cattle. Because the missions were so remote the Spanish never sent a large number of soldiers, so the garrisons trained the local Native Americans to use muskets and pikes in order to defend against both hostile natives and French interlopers.

Spanish colonial policy was to export Spanish culture to every area that it controlled, and to convert all its inhabitants to Christianity–voluntarily if possible, but forcibly if necessary. During our guided tour, the ranger explained that the local Native Americans, known as “Coahuiltecans”, resisted the Spanish at first, but when they saw the material benefits that could result from agriculture and European technology, they gave up their native culture, adopted Catholicism, and embraced the security that the missions provided.

Today, much of Mission San Jose is still intact. The stone walls still have their round drainage holes for rainwater, and the arches that supported the aquaduct still stand. Some of the apartments are reconstructed as they once were, with fireplaces, log roofs, and wooden tables. The workshop that once held the blacksmith shop and woodworking area is now reduced to just its foundation. Outside the wall is the remains of the grist mill which produced corn flour for the settlement.

By 1775, with French influence in the New World waning, the missions had lost their military significance and became frontier settlements, eventually forming the city of San Antonio. In 1824 all five missions were transferred from Franciscan control to the authority of the Mexican government.

Today the five missions are part of the San Antonio Missions National Historical Park, and are run by the National Park Service.

Here are some photos from a visit. 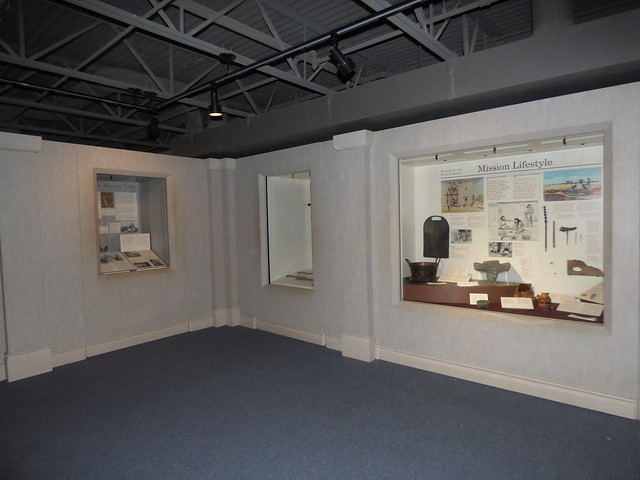 The small museum inside the visitors center 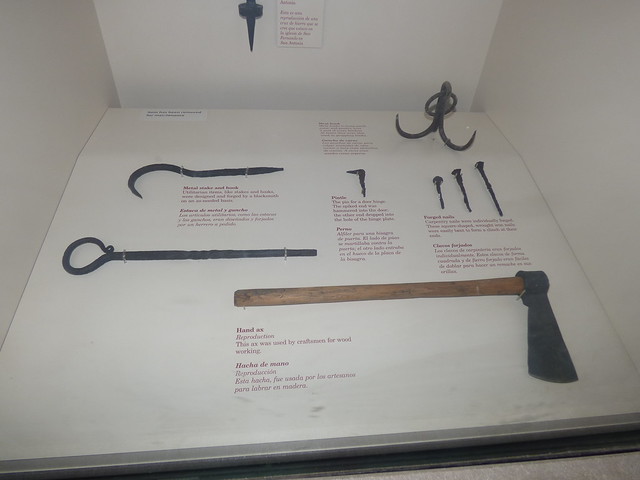 Some iron tools found inside the mission 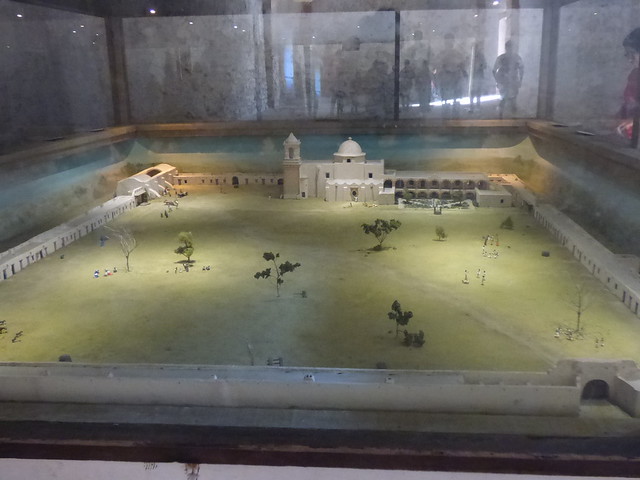 A model of the mission as it appeared in the 1740s 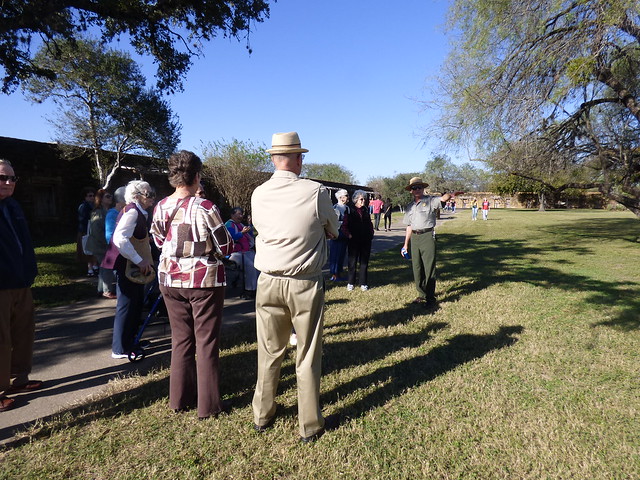 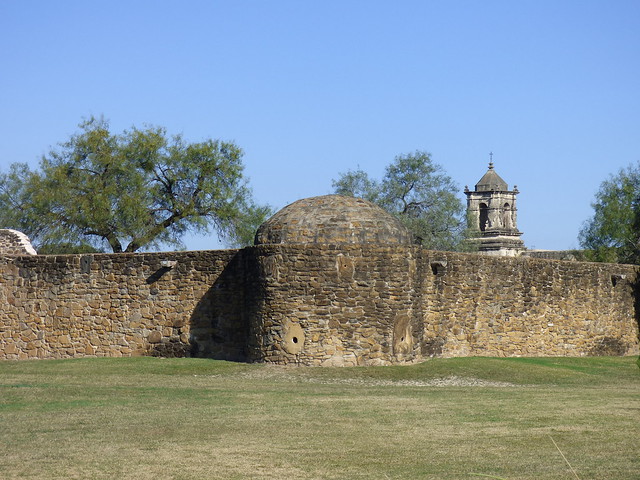 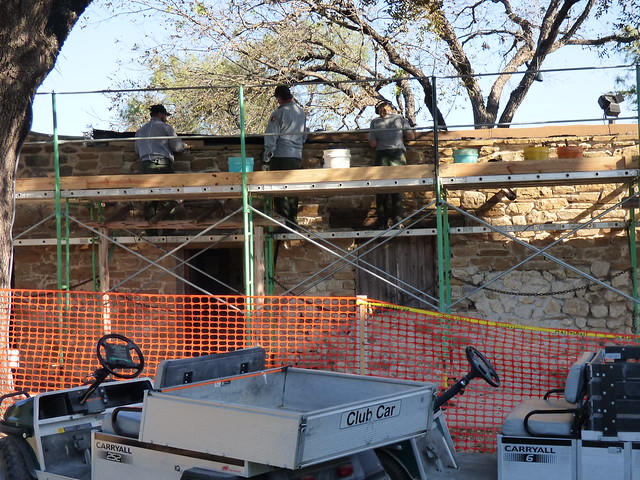 A portion of the wall undergoing repairs 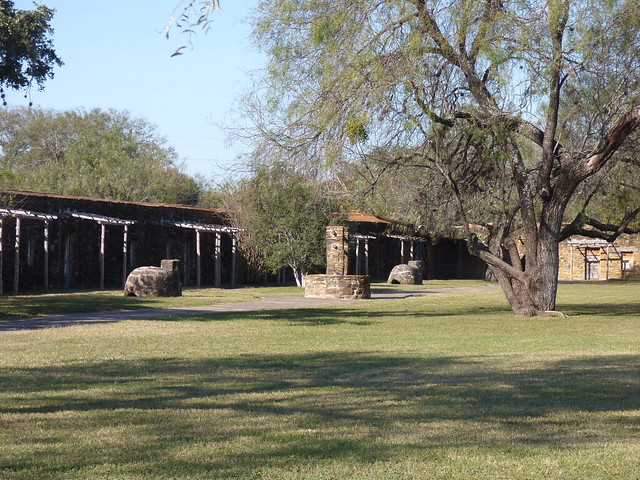 Rows of apartments inside 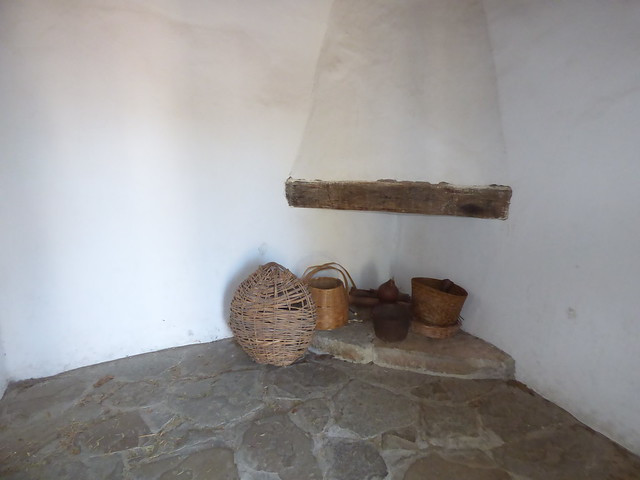 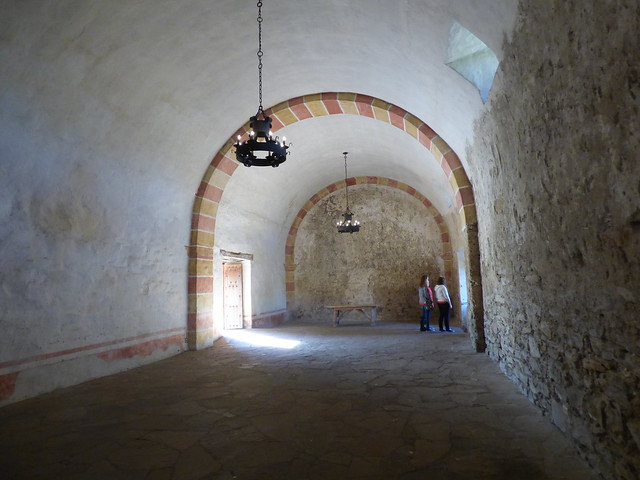 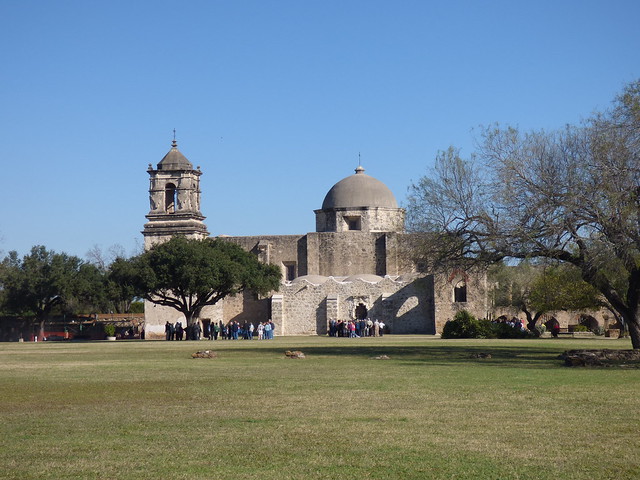 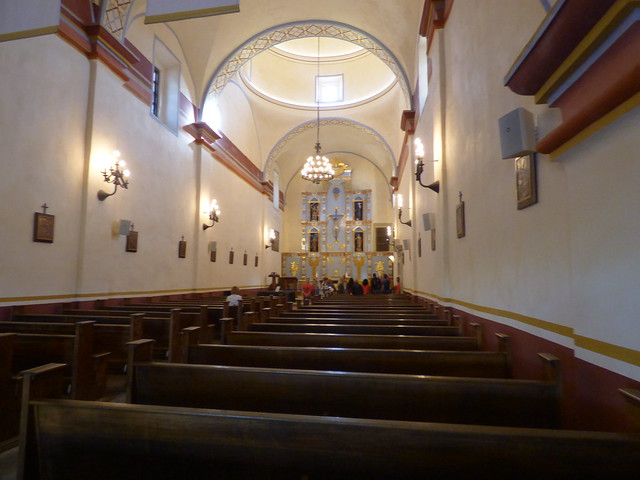 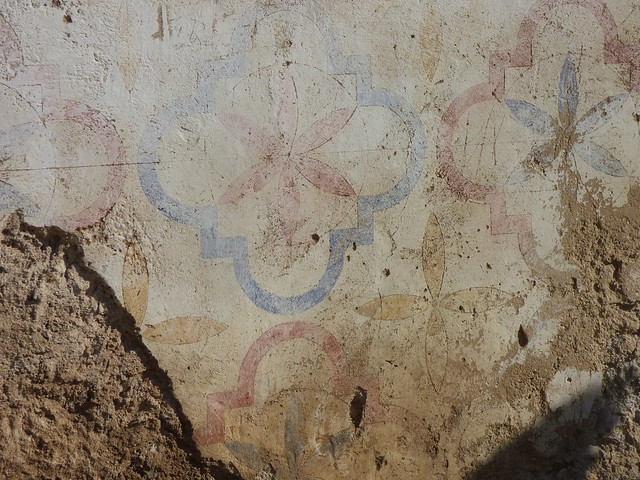 The exterior of the church was covered with colorful painted designs: most of these are now lost 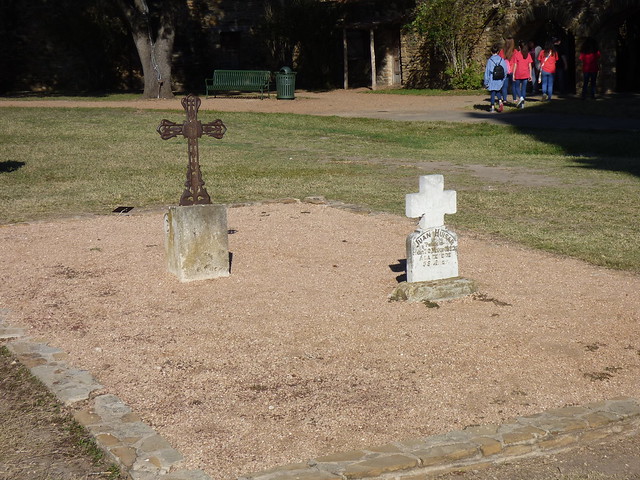 Part of the cemetery